This week I was captivated (and moved) by a great talk by a lady called Catherine Hoke. You can listen to the full interview by Tim Ferris here. Fair warning, it’s a long piece, but it is packed full with stories of transformation from people whom we might view as the worst in society. Catherine talks with passion about the recognition of guilt, the discovery of the stories, the narrative,  that we tell ourselves and that can hold us back and of the unique potential of every individual. You know what? That really resonates with me. 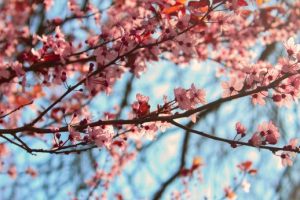 First, a little context. Catherine, among many other things, founded Defty Ventures an entrepreneurship, employment, and character development training program for currently and formerly incarcerated men, women, and youth. It takes people who have committed the worst crimes you could probably imagine and works to give people the skills to succeed in life.

I encourage you to have a look at the website and listen to the interview and I am sure you will find something inspirational, if you have the time. The thing that really struck me was when Catherine talked about the narrative that people tell themselves and the need to see potential in others who can’t see it for themselves.

I am reminded of working with people who tell themselves a narrative which is that “I am not worthy”, “I’m not good at things”, “I’ll never amount to anything”. They can’t see their potential because they are stuck playing back a record of their perceived failings. How often, I wonder, do we also carry on this narrative and support it. I remember a friends mother telling anyone that would listen that her husband was “always ill”, “frequently under the weather” and so on. My friend commented that he found it no surprise when these words actually became true, and the husband became more ill, until eventually he spent most of the time indoors. Now, it would be a bit bold to draw a very direct conclusion between the two, but I find it compelling that the words that we say and the language and tone that we use can have a real and lasting effect on peoples behavior. I think this can also have a striking effect at an early age with the words that we speak over our children.

This was partly the narrative that Catherine was seeing with the prisoners. A narrative of guilt and shame, amplified by the voices of society that would say “you’ll never amount to anything”, “you’ll never get a job”, “you’re the worst of society”. And yet, she looked past that and could see the potential that they could not see in themselves. She worked to change their stories, to show them that their past need not define them and to give them a new life, with new hope. It’s pretty inspirational stuff.

This inspirational story, reminded me of a similar potential seeing leader in the form of John Timpson, who founded Timpsons, the chain of high street cobblers (if that’s what you call them nowadays). I love their tagline by the way “Great Service by Great People”, what a statement of belief in their staff. In his excellent and very readable (and still relevant) book he explained how he was also moved to work with those from a prison background who were struggling to find work and to give them a new chance. This led to some very interesting articles with ex-convicts cutting keys! But the point is the same, John could see potential (and in fact sound business sense) in people who could not see the potential in themselves.

I think we find it easier to see potential in our kids, or in children or young people, because we recognize that they are still growing, learning and developing. But is it not true that we are all still growing, learning and developing? In fact, children and young people sometimes seem to have more potential because they have not yet become stuck with a negative narrative, perhaps caused by things they regret or past experiences that they are ashamed of.

Perhaps we could start to recognize the narratives that we tell ourselves, or speak over other people. And if we find it difficult to do that, then perhaps we could start to recognize potential in new places. We have opportunity as we work, as we meet people, as we go about life. The stories from Catherine Hoke, John Timpson and others testify that there is much satisfaction in it for us if we can see the potential and start to turn it around.